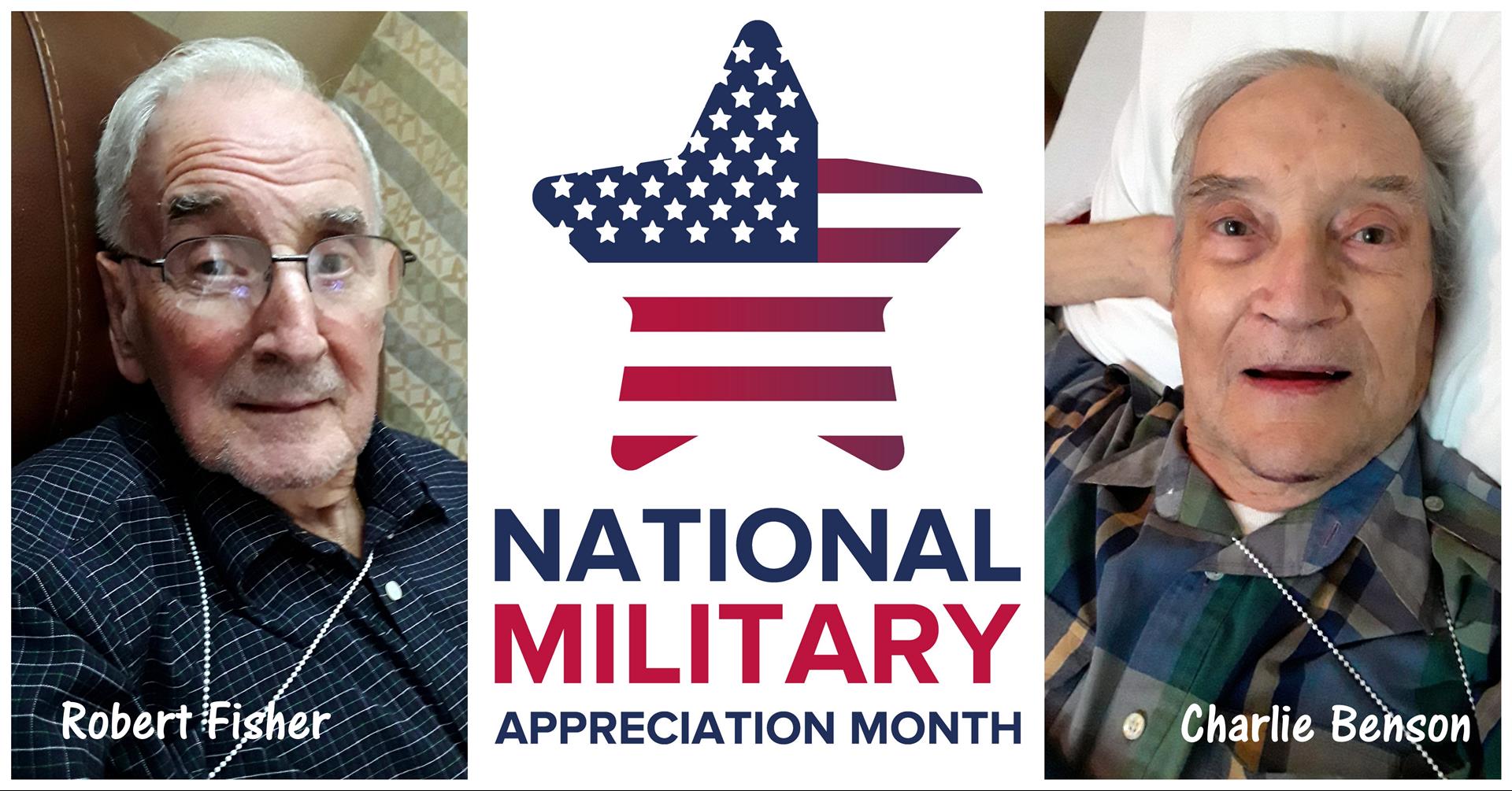 Did you know May is National Military Appreciation Month? When it comes to celebrating our veterans and the many sacrifices they've made, you can never do it often enough. Thank you to our veterans at Fulton Presbyterian Manor! If you see them, be sure to express your gratitude:

Served in the Korean War in Kusong, North Korea. He was a Sergeant and was in the Special Category Army along with working with the Air Force to build runways. He served for five years.

Served in the Army during World War II as a Sergeant. He served all over the Pacific (going to Philippines and Japan, in particular) in Artillery Communications. He was in the Army for almost three years and says most of his time in the Pacific was pretty exciting.

He served in the Seaman Branch of the Navy during World War II. He was aboard the ship USS Mountain Rail. He served for one and one-half years and was overseas for most of that time. He was responsible for buying the supplies for the ship. While most sailors were on land/at home when they came to the United States, he stayed aboard ship to order supplies.

Served in the Army as a Corporal during the Korean War. He was stationed in Italy, Austria and Germany during the Occupation. He worked as a cook/baker for the mess hall. He was originally assigned to a tank outfit but started as a cook/baker soon after that. He also went on to be a baker at McDonnell-Douglas from 1948 to 1974.

Served in the Army as a Corporal at the end of the Korean War. Gene began his career in the National Guard and went on to the Army. He did his basic training at Fort Leonard Wood then trained at both Fort Eustis, Va. and Fort Story, Va. He also served in France, Germany and Alaska. He was a Colonel’s driver for a while then he operated/drove a DUKW (known as a Duck), trucks that could also navigate through the water like a boat.

Resident Joe Carrington served in the Army during World War II as a Staff Sergeant and recently passed. We honor his service and his life.

Posted on
by
Cindy PMMA
Tags
Residents
Veterans
« Back to Blog